Whose data is it anyway?

Questioning what truly open data looks like for development

This article originally appeared on the Broken Toilets under the title "Whose data is it anyway?" by Radhika Viswanathan on May 20th, 2016.

A couple of years ago I worked on a household sanitation survey in south India. We went from house to house, knocked on doors, and sat down for a candid conversation on toilet habits. My team of implementers and funders was evaluating a pilot project designed to improve toilet usage in rural India. The questions were pretty intrusive and quite detailed: how many times do you go to the bathroom, for what purpose, how do you go, what time of day. A complete scatological profile. And then, to be privy to their privy, we took a tour of their house, from out front to the back where the toilet lay, sometimes used, sometimes not.

I remember asking myself if I would answer these questions with a data collector, even if they were known to me. I’m not sure I would be so open. Even census enumerators report difficulty in getting people to answer their basic questions. Yet every day, many people like me across India – government officials, development practitioners, researchers – seek information and data about all sorts of things to inform our work. Many people at the receiving end of development projects give their details away willingly, taking time out of their day with only some information about where it’s going or what’s in it for them.

Opening up this data-driven world

Many of us ‘trained development professionals’ working in the ‘business of development’ tend to see the world from the outside-in. Data largely serves an institutional purpose –which means that right from the inception of a program or scheme, the data collection, its interpretation and presentation are designed to monitor or evaluate a scheme or a program’s progress and not necessarily to help citizens actually engage with the work being implemented in their social context.

There is increasing pressure for many NGOs to not only collect data, but also to open it up. It often emanates from funders and donors who see opening the data as an objective in itself. Now also driven by the SDGs, the push for more open data in global development is gaining new momentum. The question is, as we collect more and more data in our work, is it enough to just open the data up? And does it represent just another tick in the box?

Advocates believe that opening data to citizen scrutiny can create empowered, more inclusive and responsive societies, but to a large extent, those most responsive to the open data and democratic tenets in India belong to a fairly uniform (and small) social segment: they are literate, have access to the internet and are competent in using the information.

What we as development practitioners should ask is what does ‘open data’ mean for the many people who don’t inhabit this world: who are not computer literate, who don’t have access to the internet or are not internet savvy and are not empowered to use the full potential of open data? (In 2011, only 33.4% of India’s rural population had a television, 54.4% had a phone or a mobile, 5.2% owned a computer and only 0.7% had internet connectivity). Simply putting data out there isn’t enough, for this large segment of the population we need to go a step further. The data needs to become meaningful for them to own it. And for that, the very nature of this information and the way we collect and use it may need to change.

“Perma-documenting” our way through it all

NGOs spend a lot of time figuring out how to understand and measure the effectiveness of programs, amidst shrinking timeframes for implementation. Measuring impact, taking ideas to scale, chasing externally imposed milestones and so on. A large part of a successful NGO’s program design includes complex systems that both measure and monitor impact, largely designed to make them more accountable to and ensure bang for the buck of their benefactors – donors, governments, and funders. Accountability towards the communities at the receiving end is typically through the lens of effective program delivery, and the data emanating from the program is mostly funneled towards internal analytics: program feedback, design, donor transparency, and accountability.

And so we take all this data, churn it and produce great tables, visualizations and more recently, dashboards (everybody seems to want one these days). While they get sharper in design, many of these ‘products’ report back largely to the implementers and rarely back to the real beneficiaries of the project.

It’s not that data isn’t shared, but the need to share data ‘up’ seems to be more of a prerogative than sharing it ‘down’ the chain.

Practicing the tenets of open data can be challenging when strapped for time, resources, and funds. NGOs face incredible pressure to report, write, analyze, produce, and so that’s what we mainly use this data for. Yet an important point we tend to miss is that data can have multiple uses: data can be used to build consensus, improve service delivery and program design, ensure transparency and accountability, and as a language for empowerment.

The true value of open data lies not only in its openness, but also in its transformative ability. Truly inclusive data goes beyond simple platforms, it’s about engaging and empowering communities, and creating space for data to be used by those it purports to serve: citizens who can use it to understand what’s happening and make better decisions. For if we argue that development programs – whatever they may be – should build capacities of society to affect social change, then shouldn’t the data that measures this development be co-designed and co-owned by that very society? So how do we make data not just open but meaningful? There have been attempts (for example, here and here) to change the way data is communicated to make it more accessible and easier to understand, but for the most part it is still being designed from the outside looking in.

A recent experiment from Tamil Nadu, where researchers worked with local networks of women’s self help groups, shows how meaningful data can be created through collaboration with the community. Questions for data collection were developed based on participants’ articulation of well-being, like: do you get to choose your clothing, who gets to decide when to visit your parents’ home, and was your marriage consensual? Really interesting was that the ensuing visualizations were co-created by the women as well using visual anchors that resonated with them, such as flowers, or leaves off a stem, instead of bars, pies, dots and lines. For example, a red flower represented a consanguineous marriage and a yellow not, a fully bloomed flower a consensual marriage and a bud non-consensual. In another visualization, a banana leaf meal illustrated diet and nutrition. Through these clear visualizations of the data, the women could decide what actions to take in order to improve the lives of community members. Some groups of women chose to work towards educating girls on the problems of consanguineous marriages; others sought to determine what households needed improved nutrition measures.

All these indicators were aggregated to a village scene where a simple color-coding scheme helped track overall development and gauge where communities were progressing and where they were falling behind. Based on this, the women decided what aspects needed improvement and, supported with an action plan, they engaged with the larger community to roll it out.

All in all, what this did was instead of a scheme or a program delivering development to the community, the community itself was able engage and shape what was delivered to them as development.

The study’s results are still coming in, but what struck me already was how data can be collected, used and shared in many different ways – feeding both our requirements as researchers for data and bringing new perspectives to communities on the ground. When rooted within the local context, democratic or ‘open’ data can excite and evoke a sense of agency, and enable the pace of social change.

It goes without saying that evidence-based intervention design in development is essential and accessibility of this information is equally important. However, unless data can be made meaningful enough that communities begin to own and act on it, data will not be transformative. We need to look beyond just opening it up. We should instead leverage data to instigate, catalyze and sustain transformative conversations within communities. And it’s only from experimenting more and being open ourselves that the how will pan out and we will hopefully be able to see a broader, deeper commitment to make data not just open, but democratic.

And so I think back to that family I surveyed in South India, whom I know nothing and everything about and wonder what questions would have been relevant to them. How would they have sought answers to these questions, and what would our role in helping that process have been? 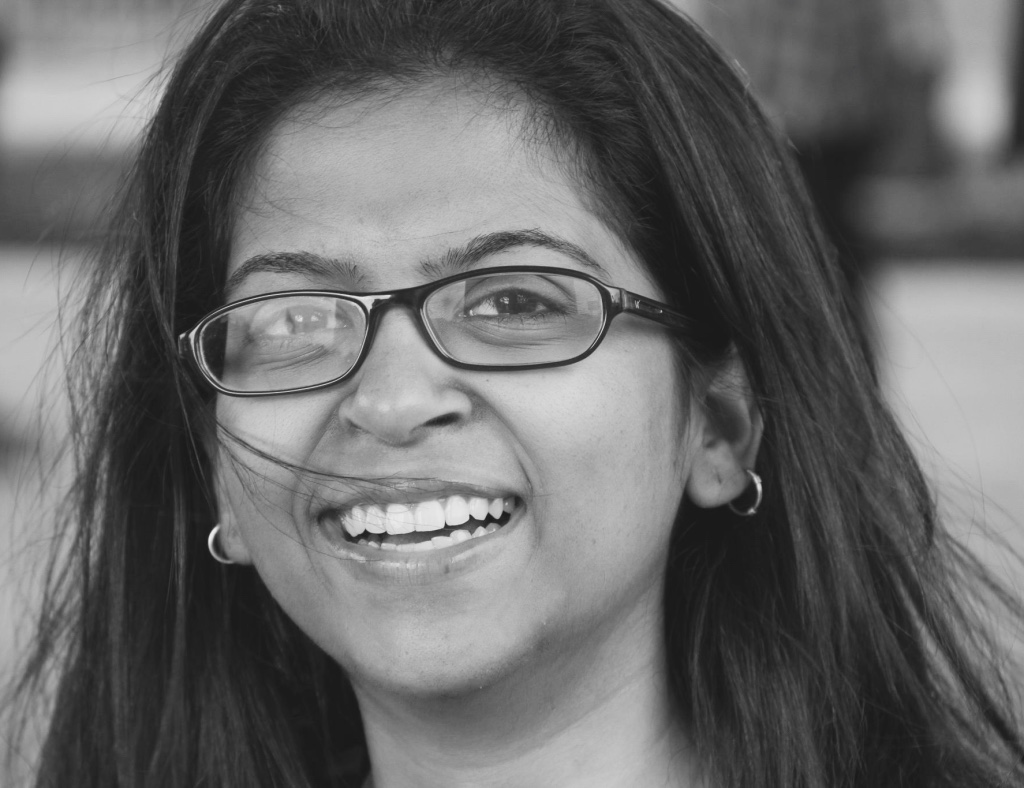